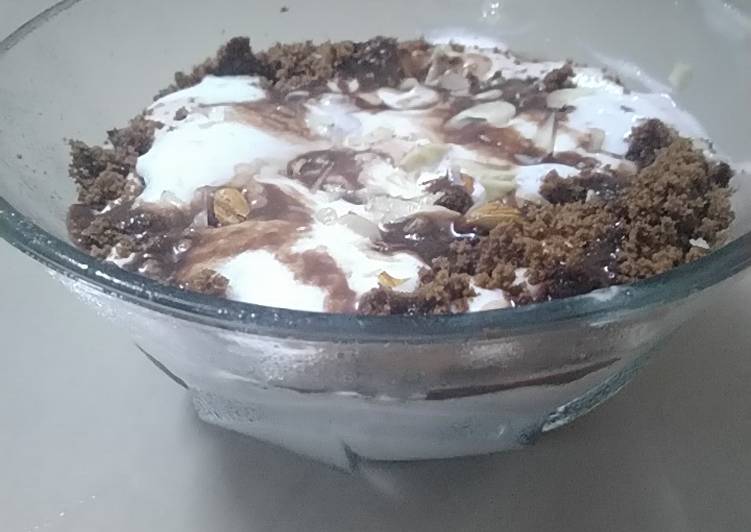 Finish off with whipped cream and sprinkle some chocolate shavings. In a large bowl, combine pudding mix, water and sweetened condensed milk. This brownie trifle is one tasty, showstopper of a dessert. It's made from layers of rich chocolate brownies, blended chocolate chia mousse, and homemade whipped cream.

It's most definitely a crowd pleaser and perfect for any party, holiday or gathering. I love trifle recipes as they're easy, can be made ahead and are highly adaptable. Garnish with extra cake or symphony crumbs. You can refrigerate for several hours before serving. Place about half of the brownie bites on the bottom of the trifle bowl, in a single layer.